An original poem from Ella Mae Lentz including a short description of how the poem came to be.

“Through Deaf Eyes” explores almost 200 years of Deaf life in America and presents a broad range of perspectives on what it means to be deaf. The film is propelled by the stories of people, both eminent and ordinary, and sheds light on events that have shaped Deaf lives.

This episode of the Emmy-winning TV series, “Deaf Mosaic”, filmed in 1988, is devoted entirely to the DEAF PRESIDENT NOW movement.

Interviews with participants and leaders are included in the extensive footage shot during the protest itself, ending with shots of the celebration that capped the successful close of the DPN protest at Gallaudet. 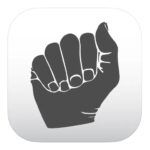 THE ASL APP is all about teaching you conversational ASL. Packed with 2,500+ signs and phrases, easy navigation and features, with different signers, The ASL App is designed to make learning easy, accessible, and fun. 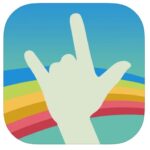 Start learning to sign today with ASL Level 1. Dr Byron Bridges will walk you through the basics of American Sign Language, share language tips, and tidbits of Deaf Culture.

Learn the first 100 common signs to help you get started conversing basics quickly. But, that’s not enough? Try the next second 100 common signs. And so on. But, don’t forget grammar. See ‘Learn’ for tutorials in grammar, sentence structure, culture, etc.